#Suzdal is one of the oldest cities on the Russian land.
The city is spread out in the bend of the Kamenka River on a fertile plain two hundred kilometers from Moscow.
The first mention of Suzdal dates back to 1024.
During its long history, Suzdal was the capital of various principalities, and the largest religious center, and a small provincial town, remote from all major roads.
This is how the city has survived to this day. Today, this preserved corner of antiquity is not only called an open-air museum, but is also included in the list of UNESCO World Heritage Sites.
At the beginning of the 11th century, the city of Suzdal was part of the Kiev state, and a few years later it became the fiefdom of Vladimir Monomakh,
thanks to whom the city was actively developing and strengthening and soon became the capital of the Rostov-Suzdal principality.
During his lifetime, Vladimir Monomakh transferred the Suzdal land to his son Yuri Dolgoruky, who did a lot for the development of the city.
During the reign of Yuri Dolgoruky, churches and monasteries were built, the city was strengthened, and its political influence was growing.
In the future, the role of Suzdal as the center of the principality weakens, and Suzdal is included in the Vladimir-Suzdal principality, the capital of which is the city of Vladimir.
In 1238, the Mongol-Tatars attacked the city, set it on fire and plundered it, and took most of the inhabitants into captivity.
The history of the city in the period after the Mongol-Tatar invasion is characterized by the internecine struggle of the Tver, Suzdal and Moscow princes for power.
Throughout its history, Suzdal has been attacked and plundered more than once, but was subsequently rebuilt.
At the behest of Peter I, Suzdal became a district town in the Moscow province.
During the reign of Catherine II, active stone construction took place in Suzdal, and mainly civil buildings.
In 1922, the Suzdal History and Art Museum was founded in Suzdal. 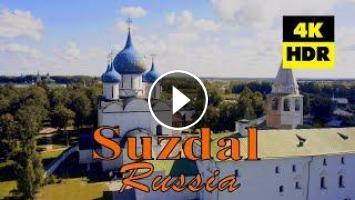